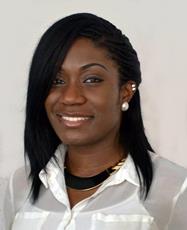 A blog from Penny Adegboyega , Marketing and Communications Assistant at UKTI London, who is accompanying a trade mission to Angola. Read part one of her blog here

In the last few days I’ve learnt so much about this blossoming country. Aside from the delegation undertaking their individual meetings and OMIS calls, day two of the visit consisted of a table-top exhibition organised by the British Embassy in Angola. They invited an array of companies within the construction, agriculture, healthcare and infrastructure sectors to network with our UK companies.

The atmosphere in the Embassy was buzzing during the exhibition and drew in a number of Angolan businesses and entrepreneurs looking to partner with British businesses. There was a lot of interest in Eagle Scientific, G1 Architecture and Kemet Global.

After the success of the table-top exhibition, the delegates enjoyed a relaxing evening watching England play their last World Cup match, with the beautiful Angolan sunset in the backdrop. This was also the first time some of the companies were able to meet Mark Simmonds – British Minister for Africa. The Minister was visiting Angola for two days to promote the interchange between the two countries, and was gracious enough to take time out of his busy schedule to spend time with the delegation to discuss their plans and what they were looking to achieve from the UKTI visit.

Day three of the visit was just as eventful as the previous. I was fortunate enough to follow one delegate, EKF Diagnostics Holdings, a medical devices company to a few meetings and observe how business is handled in Angola. Based on my observations and various discussions with the other delegates, I found that doing business in Angola is a slow process that takes time and requires patience. Gradually all the companies are starting to realise this. There’s a new phrase that we have coined amongst ourselves – “Angolan time”.

I also noticed that there is a clear language barrier. Portuguese is the national language and English is not widely spoken making face-to-face communication difficult without an interpreter.

The day ended with a networking reception organised by the Embassy. The reception was held in conjunction with the Queen’s Birthday. Held at the Ambassador’s residence, at least 350 people attended the spectacular affair. We were greeted by the sound of Scottish bagpipes and speeches were given by both Dennis and Simmonds.

At this event I sensed a great deal of pride from the Angolans, many of which had fled during the civil war and returned to create a new and better Angola. I found myself in a conversation with a business man who I asked to enlighten me as to why he thought Angola was so great compared to other countries in Africa. He explained that when looking at the progress and stability the country has achieved in such a short space of time since the end of a war spanning almost 30 decades, there is no other African country it can be compared to.

After spending only four days here I had noticed the growth as well as the potential to rival other markets.