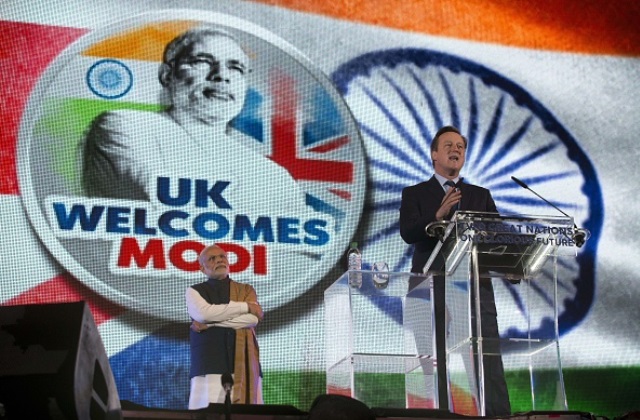 The first visit by an Indian Prime Minister to the UK in a decade was high on expectation... and high on delivery.

Ever since Indian Prime Minister Narendra Modi took over the reins of India last year he has earned the reputation of being a global business player, trotting across the globe, pitching India as an essential investment destination.

UK and India share a long and deep bilateral commercial relationship, with the UK being the largest G20 investor in India. India also invests in the UK more than the rest of the EU combined and emerged as the third largest job creator in the UK in 2014-15.

Bagpipes, Bollywood, Bhangra and much more

When two Prime Ministers from the world’s oldest and largest democracies share a common platform it creates interest across the world.

David Cameron’s addressed a packed crowd of 60,000 at the UK’s iconic Wembley Stadium, where the British PM hailed ‘Team UK and Team India a winning combination ’, and PM Modi received his quintessential ‘Diaspora moment’ that he is used to receiving during his visits abroad. But the Wembley event was far bigger than any other diaspora assembly PM Modi has addressed in his overseas visits.

However, it was business and economics that remained at the forefront of the visit. More than £9 billion in commercial deals  spanning across a  wide range of sectors including insurance services, finance, healthcare, energy and Information Technology were agreed between the two countries during PM Modi’s time in the UK.

The new collaborations between UK and India are expected to create and safeguard 1,900 jobs in UK, and also create new jobs in India. From using the city of London as a financial market to issue masala bonds and raising equity for Indian infrastructure, to announcing the opening of the iconic Madam Tussuads which has immortalised Bollywood and Indian Cricket heroes in India, the new commercial agreements epitomise the breadth of UK India collaborations.

The two leaders addressed the UK-India CEO Forum where top business leaders from both the country participated. Both governments signalled their commitment to improving trade, investment and economic collaboration between the countries. 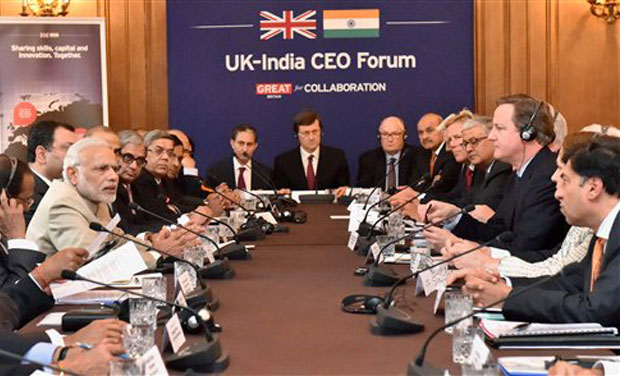 Business leaders from the two countries including heads from Tata Group, Mahindra &Mahindra, Rolls-Royce, Standard Life also explained what the UK India Collaboration means to them in a UK Government new video that is a central part of the re-launched GREAT for Collaboration campaign.

PM Modi’s next stopover was at the Jaguar Land Rover facility in Solihull.  Modi’s visit to their town was one of the the most highly anticipated. Nikita Srivastava who I went to University with in the UK has been living there since 2008. She is employed with Jaguar and along with other expat Indians she felt extremely proud when the Indian PM came calling.

A short phone call catch - up between the two college buddies gave me a sense of the emotions the PM’s visit has brought out. Nikita said– ‘I feel very proud that in 2008 when Jaguar Land Rover were not doing so well, Indian company Tata Motors took charge in one of the most historic global commercial takeovers. Tata Motors not only helped the company reap profits but took customer engagement to a whole new level’.

The partnership between two UK and Indian iconic companies is a testimony of the bilateral relationship both the countries share. Not only is the UK ‘making in India’, playing a key role in PM Modi’s flagship programme of making India a manufacturing hub, but the investments by Indian companies in the UK are creating jobs and helping the prosperity of the UK economy.