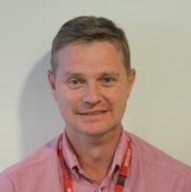 It’s a new year for UKTI South Korea so we thought it would be nice to hear from our newest member of our team, Head of Trade John Murphy.

John is responsible for Trade Strategy and Service Delivery in UKTI South Korea, helping UK companies to do business in the Korean market across a wide range of priority sectors. John has previously worked for the Foreign and Commonwealth Office, where he has fulfilled a variety of roles in London and overseas, including postings to Moscow, Beijing and more recently Harare.

Thanks for speaking to us today John. What have been your first impressions of Korea and its culture?  I have to confess that (somewhat shamefully) my prior knowledge of South Korea was pretty much confined to kimchi, the 2002 World Cup and rather vague memories of the Olympics in 1988. What I have found is a country with a proud history, a vibrant culture and a growing sense of self-confidence and of its place in the world. While South Korea is one of the most technologically advanced countries on earth there is also a strong sense of tradition and traditional values and I find that contrast particularly interesting.

What is the role of the Head of Trade in the UKTI team, and how do you hope you can support UK companies personally?  It is about knowing the market and having a good network of contacts in order to identify opportunities for British businesses in Korea and to help them take advantage of those opportunities. I am steadily amassing both the knowledge and the contacts but luckily I have an excellent and experienced team here who I am leaning on heavily at the moment. In terms of my personal support I always try to make myself available to talk to and to meet businesses, both new and established to try to understand their needs and to unblock issues and open doors.

We have just welcomed in a new year. What are UKTI Seoul’s trade priorities for 2014? Inevitably in the world’s 12th largest economy there is a lot on. The signing of the EU/Korea Free Trade Agreement (FTA) in July 2011 really opened up the opportunities for UK companies so a lot of our focus will be on continuing to create awareness of the benefits of the FTA for British businesses and to help them to capitalise. Also in addition to the regular programme of Trade Missions a major plank of our activity will surround our GREAT week in early April which we are quite excited about. We are bringing around 65 companies to showcase their talents and products in creative design, fashion and food and beverage at a number of British themed events which should be fun, if quite hectic.

You mentioned the EU-Korea FTA – what has been the impact for Korean-British economic ties and do you really think there is scope for even greater trade to come?  The FTA has been of great mutual benefit to Britain and Korea. In the first year alone, non-oil UK exports to Korea exports increased by 24% and that is forecast to have risen to 30% in 2013. Korean exports to the UK are also on the rise as is longer term inward investment so economic ties are strengthening between the two countries. The FTA has eliminated 97% of duties and tariffs on goods from the EU, as well as many other trade barriers – for example there is much more regularisation of standards between EU and Korean goods - so there has never been a better time for UK companies to do business in Korea. Some market access issues remain and we are working with our EU and Korean counterparts to unblock these so yes, there is definitely scope for further trade between the UK andKorea and we expect the opportunities for UK companies to export to Korea to continue to grow.

Thank you for your time today John. Finally, if you had to answer ‘Why Korea?’ for UK exporters in one word, what would it be? “Opportunities” They really do exist here across all sectors and I would urge companies to get in touch with us or better still, come and see for themselves.

You can reach the UKTI team in South Korea via Trade.Korea@fco.gov.uk

To stay abreast of all UKTI South Korea news, developments, and opportunities join our LinkedIn Group.